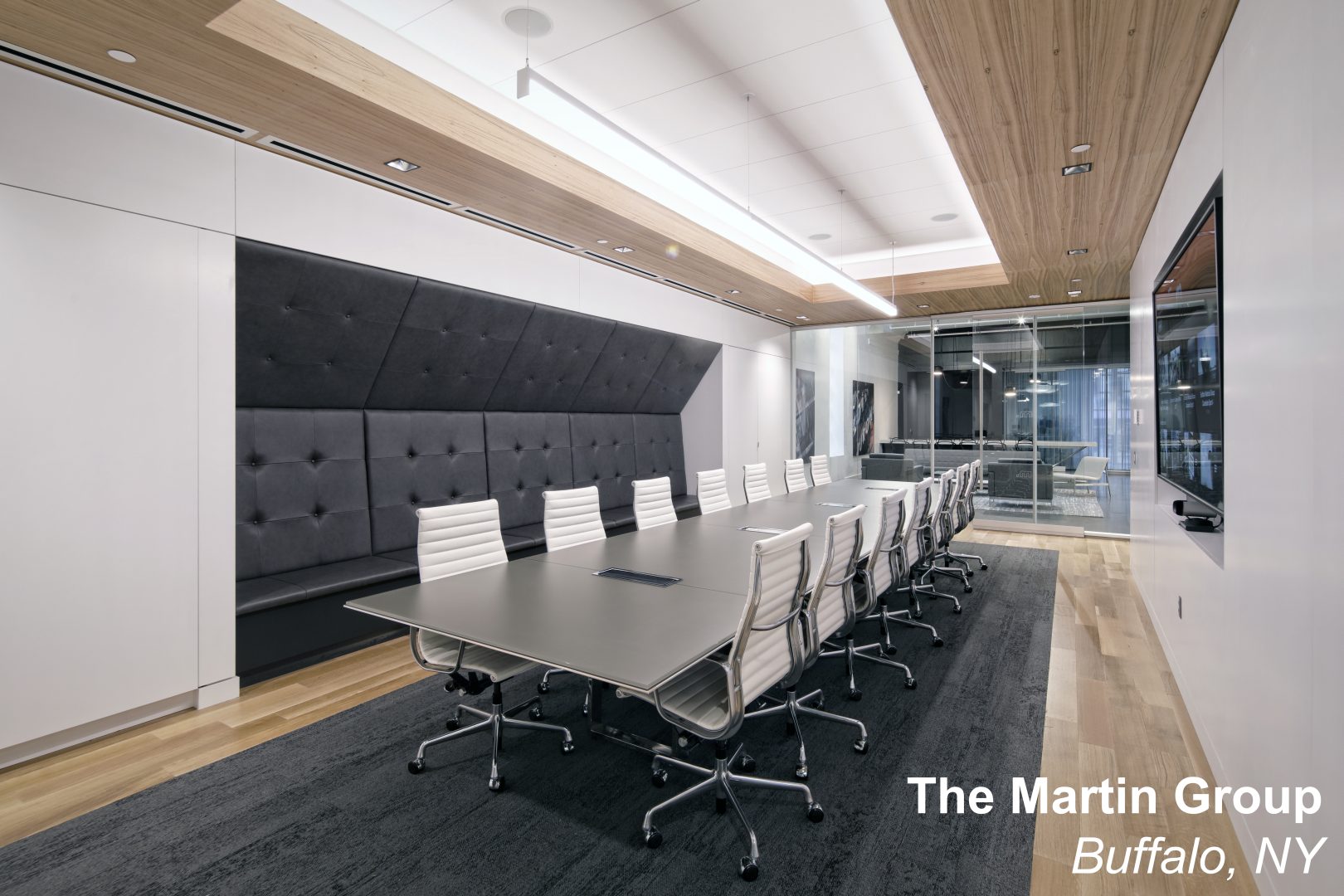 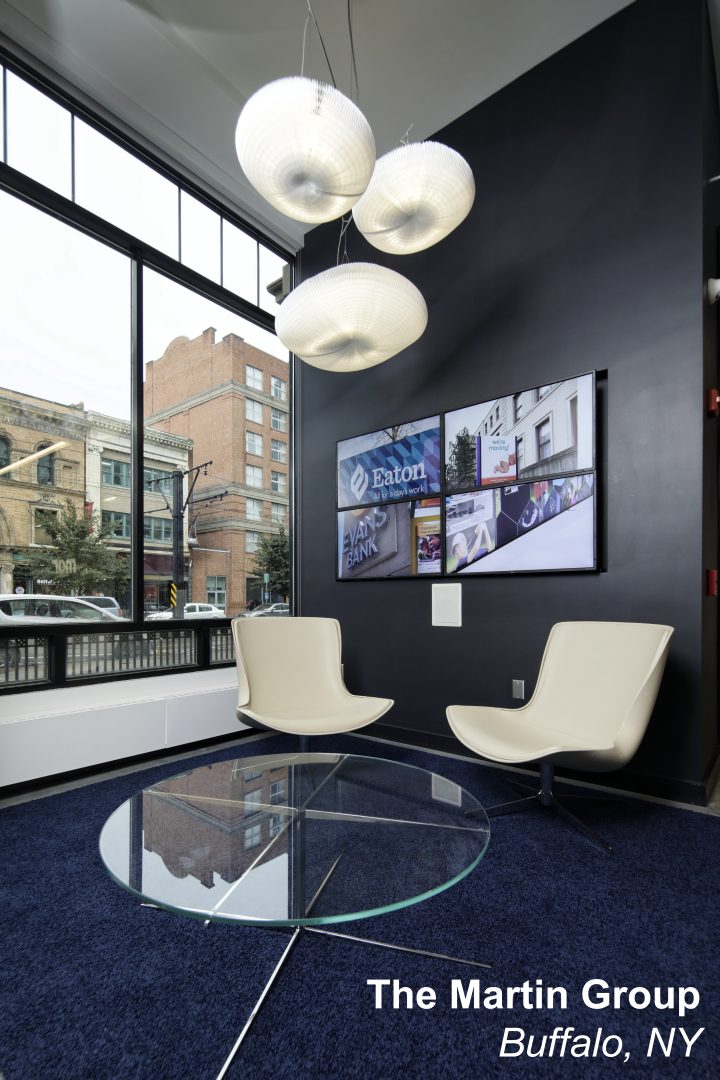 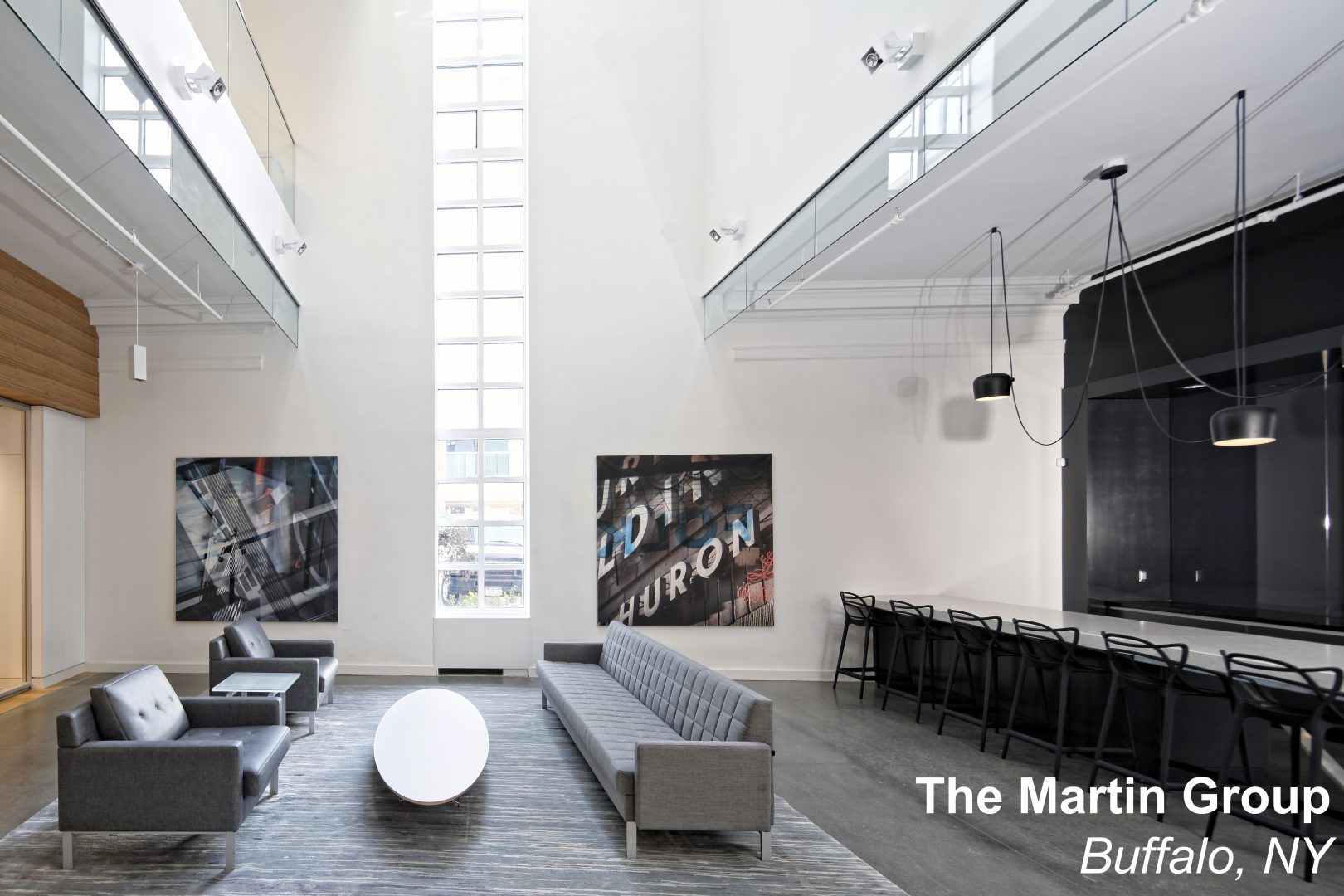 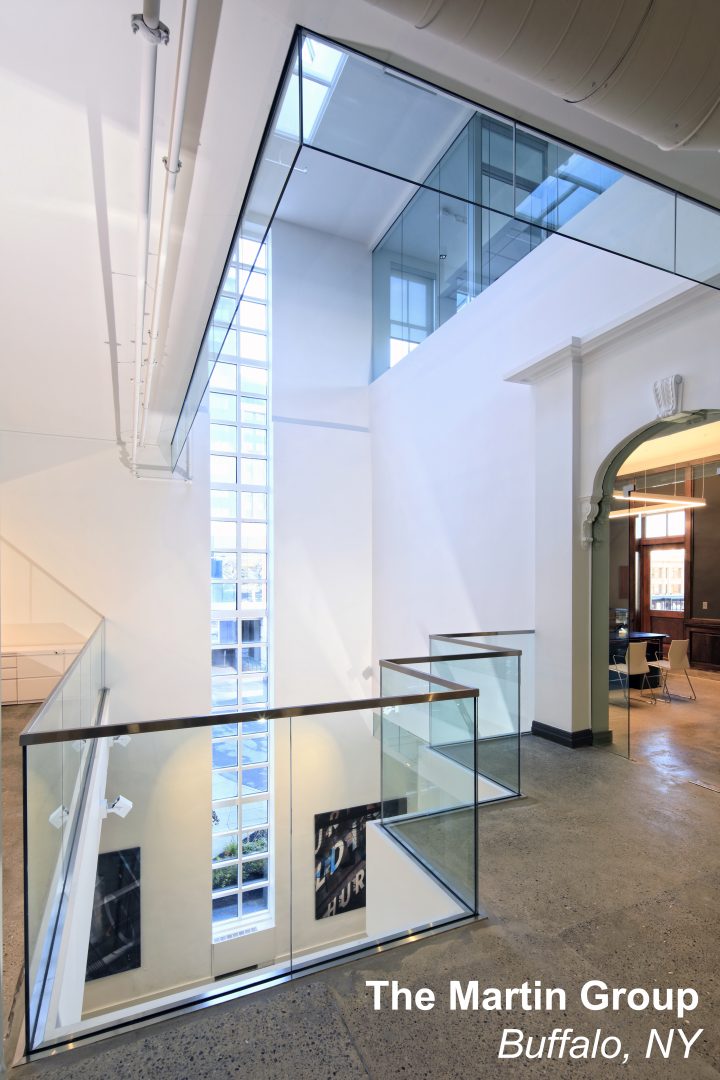 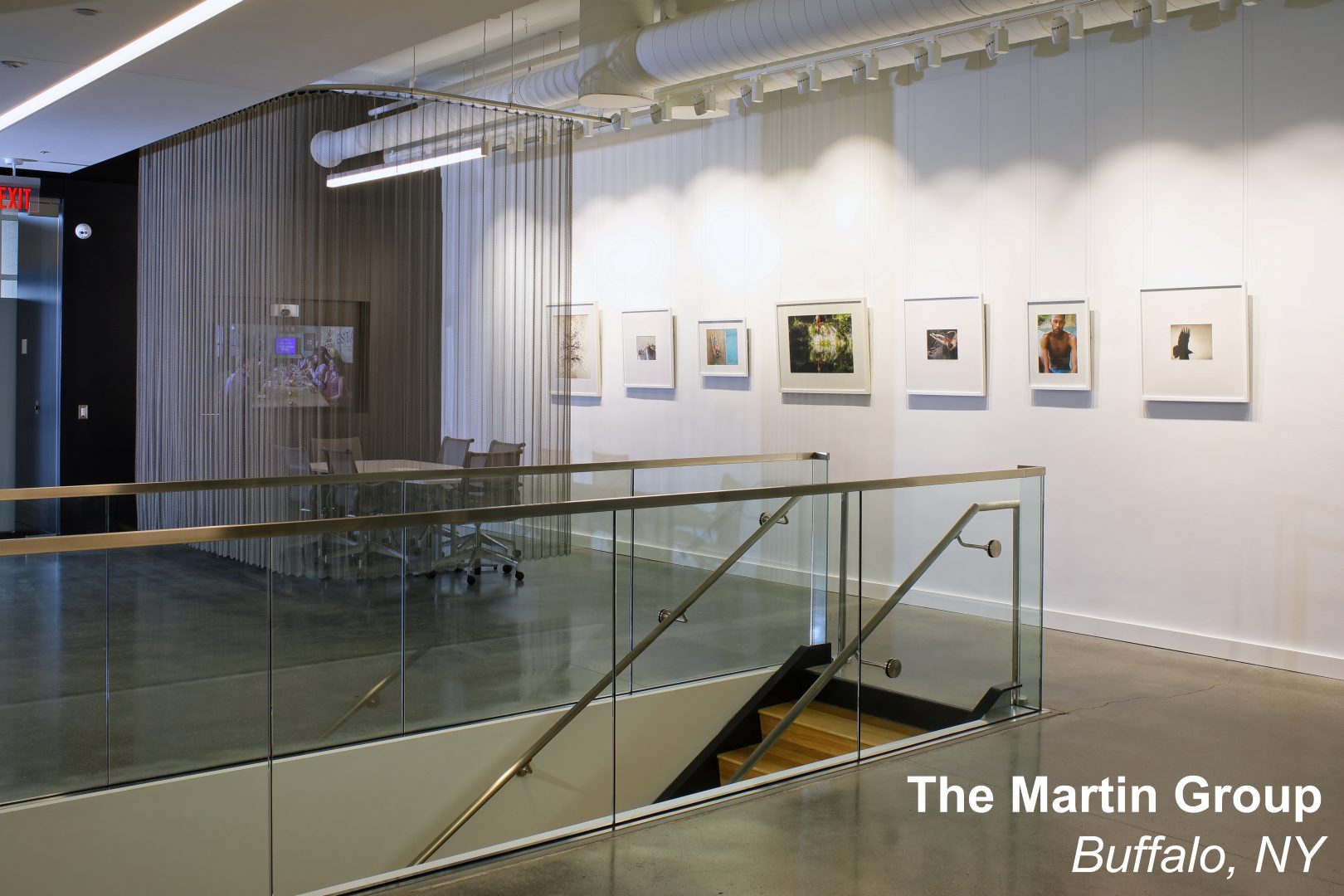 The Martin Group headquarteres was a renovation and historic preservation project of the former Levy, King and White building on Main Street in downtown Buffalo, which dates to 1919.

The building features Roman architectural elements, including “prominent columns, paneled pilasters, ornamental iron railings and a pediment and dentils,”.  This project incorporated the architecturally relevant aspects of the original construction, and married them with modern mechanicals including plumbing, electric, HVAC and modern data and AV equipment.

While the major renovations were completed indoors, minor renovations and repairs were done on the exterior, including repointing the stone, installing new signage and employing feature lighting to highlight the building.

Explore More of Our Work

Let's Start a Project Together

Do you have big plans in store? Keep Lehigh in the loop!

Get a project proposal